Papa, brother, and me at one of the now unguarded borders

Papa went to Europe in 1995,
to retrace his steps from World War II.
I went along to help out.

Landed in Scotland,
stationed in England,
crossed to France.

Fifty years older,
he said it was harder this time
than at nineteen!

Looking for where the radio-tagged bats have flown off to. 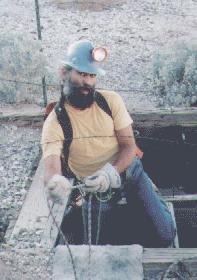